Colonial Williamsburg: Something for Everyone

When I combine history with travel, I’m always pleased with the results, so I was excited to explore Williamsburg, VA, for the first time.  We met friends from New England and rented a condo to share between the two families, which proved to be more comfortable than a hotel and let us cook the majority of our meals- a great perk for this group with children of all ages.

We began with a stop at the Colonial Williamsburg Visitor Center, and I suggest you do the same.  The Visitor Center features shops, a cafe, tickets, maps and information on various attractions, colonial costume rentals for children that are just adorable, and a short movie to set the background for your visit back in time.  There is no cost to enjoy the Visitor Center and it is the ideal spot for a picnic.   We purchased tickets to Colonial Williamsburg and to enjoy the Tavern Ghost Walk.

Colonial Williamsburg is one of the nation’s oldest planned communities and held the seat of power in our new nation’s most influential state at that time.  It is run by The Colonial Williamsburg Foundation, a private nonprofit educational foundation receiving no regular state or federal funding.   More than 300 acres make up the Historic Area, which includes 88 original buildings plus hundreds of homes, shops and other structures.   I must warn you it takes a fair amount of walking to travel between buildings, so comfortable shoes and strollers may be in order.  We were blessed with perfect weather and it was just beautiful to explore the town.

A visit allows you to feel you have stepped back in time and learned a bit of history in a most enjoyable manner.  It quickly became apparent one could spend a week here and still not see all there is to see!  There are three world-class museums operated by The Colonial Williamsburg Foundation.  Exhibitions include maps, firearms, fashion, furniture, folk art and more.  Many have special programs, for example the art museums has an audio tour written by and for teenagers, which is offered free of charge to museum guests.  Shops include an apothecary, shoemaker, baker, silversmith, basket makers, weaver, and wheelwright, where you are invited to learn from costumed trade people.  At Anderson’s Blacksmith Shop, the blacksmith was hard at work making nails to accompany the shingles being made on the plantation for a new building roof.   When asked if it was hard to make a nail, the blacksmith replied “only the first 5,000 or so.”  My son was delighted to get to keep a nail he found on the ground outside the shop.

Perhaps our favorite of the shops was the Wig Shop.  Costumed women kept the crowd laughing, while they taught us how wigs differentiated the classes, could cost a month’s salary or more, and showed us how they made them of human hair.  We were asked to leave by the back door as she “didn’t want anyone to see us slipping out the front door looking like we did!”

More costumed characters walk around town greeting guests, and we even met General Benedict Arnold around town, although the kids were more impressed with Arnold’s horse. Kids can be shackled up in front of the courthouse, or pop inside to see who is on the stand. At the Powell House children enjoyed playing colonial games including pickup sticks, rolling hoops, bowling, and writing on slate boards.

The Governor’s Palace, considered one of the finest buildings in British North America upon its completion in 1722, was the residence of two royal governors, five royal Lt. Governors, and the first two state Governors.  The palace complex includes ornate gardens that delighted the children, a stable and several outbuildings. The Magazine, which stores arms and ammunitions and played a prominent role in the gunpowder incident of 1715, and is available for tours, as is George Wythe’s house, home of Virginia’s first signer of the Declaration of Independence.  The house is decorated as it was in the mid 1750s.

At various times in the day, the Fifes and Drums and reenactments take place, and you can sit and enjoy them.  There are many choices in dining, including historic taverns, a cheese shop that sold us great sampler plates, plus plenty of places to enjoy a picnic on the vast and well-kept grounds.  The Historic area is open 7 days a week, 365 days a year.  Ticket prices vary on your length of stay, but children five and under are free and discounts are available for children, seniors, and the military. I’d suggest at least two days exploring Colonial Williamsburg.   Learn more and plan your trip here.

The Tavern Ghost walk is appropriate for all ages and even the five years old in our group enjoyed it.  A storyteller walked us to “haunted” taverns and historic building by lantern sharing stories of all sorts.  One of the kids was chosen to carry the lantern for a spell and was pleased as punch!  This evening activity that lasts about an hour and you’ll want to get tickets in advance.

We could not leave the area without a visit to Pierce’s Pitt Bar-B-Que.  “Doc” Pierce moved from Tennessee to Williamsburg Virginia in 1971 with his secret sauce recipe, opened Pierce’s BBQ, and since then it has grown to the successful restaurant and catering company it is today. We arrived fairly late on a Monday night, yet it was packed.  Another diner told us it always packed and I can see why. If you like ribs and BBQ you must go. Until Pierce’s, my gold standard was Yankee Smokehouse on Rt. 16 in New Hampshire.  Yankee, you have met your match.  Pierce’s cooks on open pits, and uses only Boston butts.  Our party sampled a bit of everything including ribs, chicken, hushpuppies, and baked beans.  The coleslaw was so delicious and sweet we brought it home and finished it the next morning with breakfast!  The children all gave the macaroni and cheese two thumbs up even thought it was “real” and not from a box. Pierce’s serves root beer which I think is the best thing to drink with ribs, and they play 50’s music which adds to the fun vibe.   There are generous booths and tables for all sized parties.  They also sell their sauce to go.  Prices are very reasonable, especially for this area.

Our last stop was Ripley’s Odditorium just to shake up the history trip. Each Ripley’s Museum has its own collections and events, but the Williamsburg Ripley’s Museum is my favorite of the three I’ve been fortunate to visit.   They have an interactive booth with laser beams you can try and sneak your way away across, just like in the movies! Bystanders get to watch the results on a television screen, and  I think the adults enjoyed this even more than the children did.   The collections include tribal art and ceremonial pieces, life-sized replicas of the tallest and heaviest men,  a real shrunken head,  building replicas made of matches, a roomful of optical illusions and much, much more. Ripley’s is one of those places where you could spend all day if you took the time to stop and read the background on all the pieces.  Robert Ripley traveled the world over searching for pieces for his unusual collection, and often a story accompanies the piece. Some pieces were like a car wreck- you just can’t look away, like a walrus penis used as a weapon, and conjoined calves. The Ripley’s Museum is open 365 days a year, and you can learn more about Ripley’s here.

We felt we had a nice overview of the overveiw of the area and hope to return to explore more another time. 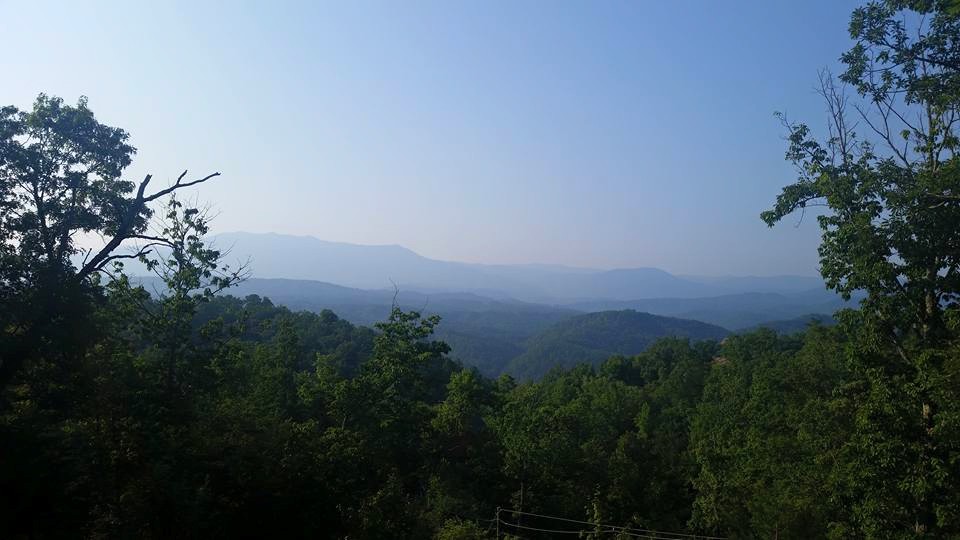 A First Visit to the Smoky Mountains of Tennesee 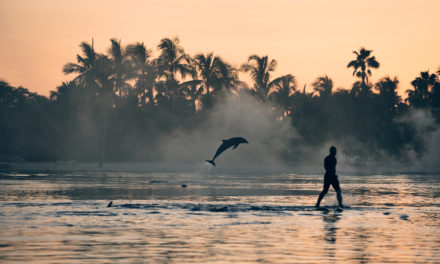 A Feel-Good Update On The Katrina Dolphins 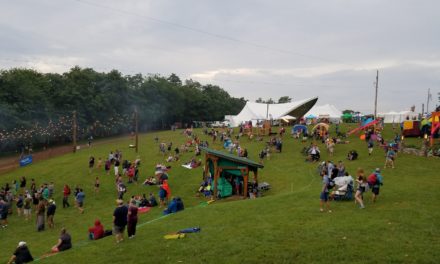 A Post-Pandemic FloydFest: What Will Music Festivals Look like?