If you enjoy history and beautiful landscape, put a visit to Natural Bridge, Virginia on your bucket list.  I’m a fan of a quick overnight trip, and Natural Bridge Historic Hotel and Rockbridge Center is easily accessible by much of the mid-Atlantic region, sitting about 200 miles west of Washington, D.C..  It makes a good destination for day trips or overnight visits and is equipped for conferences, weddings, and other special events.  I’ve visited the Natural Bridge Park multiple times and suggest fall as the best time to visit when foliage is particularly magnificent.  The bridge as a destination begins when Thomas Jefferson purchased the 157-acre property from King George III of England in 1774 and built a two-room cabin to use as a retreat. The property hosted many famous guests including James Monroe, Sam Houston, and Martin Van Buren, and you can even find George Washington’s initials he carved into the bridge wall if you know where to look! The hotel was built in the early 1900’s and was rebuilt after a fire destroyed it in 1963.

Recently the hotel has undergone major renovations including upgrading guestrooms and the restaurant, and my family decided to take an unplugged weekend and see what was new.  We arrived Friday night just in time for the seafood buffet, where my excited daughter and husband feasted on a variety of seafood dishes, while the rest of us enjoyed roast beef and the fixings followed by a dessert buffet. We found the renovated rooms to be rooms are larger and light and ours had a small sitting area with a table we played games on, plus a refrigerator making it comfortable. Saturday started with the robust breakfast buffet ($14.95 adults/$7.50 Kids 7-17), and then at the suggestion of Gretch the activities coordinator, we headed 4 miles up the road for a free tour of Virginia Gold Orchards. Owners Paul and Youngsuk grow 16 varieties of Asian pears as well as some other fruits and vegetables, plus make their own jams and honey. They are agricultural scientists and have created pear variations and share data with the Department of Agriculture. In fact, Youngsuk holds two patents for pear varieties she has developed! It’s a beautiful farm run by fascinating people who could not be nicer. Paul has a wonderful Massachusetts accent which made him sound like home to our ears, and was full of interesting stories as he walked us through the farm. All of the orchard’s pears are tree-ripened

and picked by hand, and we enjoyed a tasting of several delicious varieties, as well as a persimmon which was in season that day. Asian Pears are juicy yet crisp and will last for months when stored in a cool place, so we bought an assortment of our favorite varieties to take home. If you’d like to try some or send as a gift, Virginia Gold Orchard ships.

Next, we headed to the Natural Bridge Park which includes a trail about 1.5 miles long. About 1/3 of the way in, the Monacan Indian Living Exhibit was in full swing, with costumed interpreters depicting a typical day back in time. We found villagers working on a canoe, trading, cooking pumpkin corn cakes and preparing firewood for the winter

at this working exhibit.  You’re welcome to enter various dwellings and talk to the staff, which children love. The Natural Bridge trail also includes a salt mine and several small waterfalls and is a great place to bring a picnic lunch and make a day of it. There are stairs in places, especially at the start of the trail, so a baby carrier is easier than a stroller if you have a little one.

Just up the road is the Caverns at Natural Bridge, which happened to be featuring a lantern tour at 4 pm that evening, and this proved to be just the right amount of spooky fun for my youngest.  The caverns descend 34 stories into the earth, and we learned about cave formation and the life supported within the cave, including a deadly fungus called white nose syndrome that is killing millions of North American bats. Bats play a crucial role controlling the insect population, and a single brown bat can eat up to a thousand mosquitoes in an hour so this is a serious issue. You can expect to see a few bats as we did, and cavern tours run all day with the lantern tours only late afternoon  You’ll want to make a reservation, although we were able to just walk in.

It may seem like a packed day, but the pace was actually quite leisurely, and we ended it with dinner at the Red Fox Tavern inside the hotel. Other guests headed back out to the bridge to see the Drama of Creation night show later that evening, and we have seen that in the past. And if you wanted to extend your trip there are other exhibits in that general area, including a full-sized replica of Stone Henge made of foam by artist Mark Cline called Foam Henge you should see. Historic Lexington, VA is just up the road and would make a great addition to this outing.

Tickets for all attractions are available singularly as packages, with or without hotel accommodations and they offer AAA/AARP/Military Discounts. You can learn more here.

Colonial Williamsburg: Something for Everyone 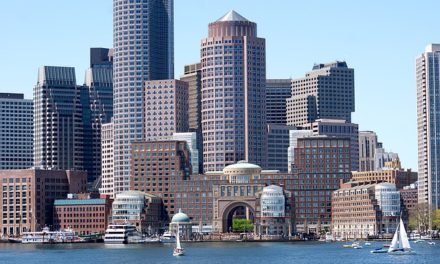 The Problem with Boston Is There’s Too Much To Do 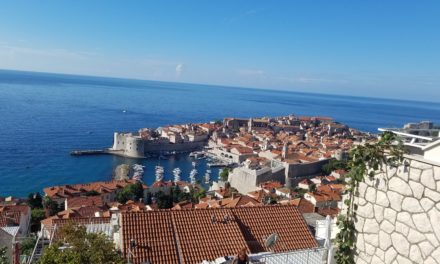